So this came about after my friend Abbey in a random text message said that I should make ginger bread men shaped like ninjas. I think the idea was then to create some kind of animation with ginger ninja bread men fighting. This part turned out to be a bit too much like hard work but we did manage to make the ginger ninja bread men. As you can see they are pretty damn cool.

This recipe should take about 45 mins but after much procrastination it took us about 4 hours. There may or may not have been red wine involved so that is optional depending on your timeframe. The more red wine you have the longer it will take. The red wine was a bottle of Jacobs Creek Cabernet Merlot. Not bad either. For $10 you can’t go wrong really. A great little wine if you’re on a budget. Very drinkable.

So, back to the ginger bread ninjas. Now, to become a fully trained ginger bread ninja they need to go through a rigorous training process. This involves being smothered in dark chocolate, white chocolate then decorated with icing of various colours. After this process they must survive in a refrigerator for at least 30 minuets. Only after all this can you claim to have ginger bread ninjas. 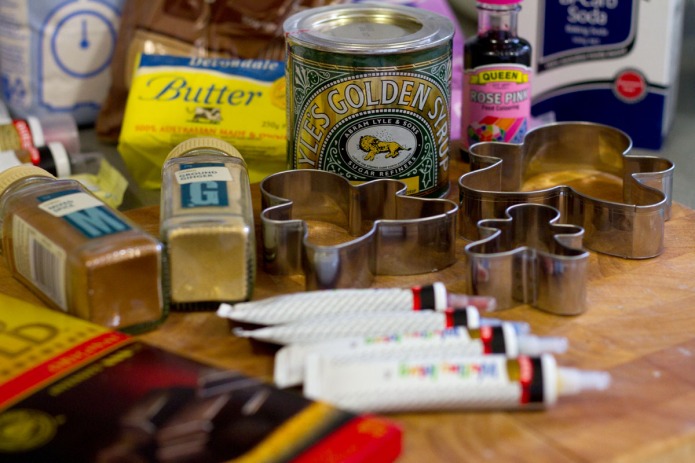 Good quality dark chocolate. Cooking chocolate is great but if you want to go all out get the Lindt dark chocolate. At least the 70% stuff.
Icing – you can get different colour icing in little tubes which makes it easy to decorate your ninjas. My recommendation is white icing, red icing and black icing. You can make it yourself if you like and get food colouring. If you want to do that then you will need
1 egg white
150g (1 cup) pure icing sugar, sifted
food colouring of your choice
grab some small plastic sandwich bags. Put the icing in the bags and cut one corner off and use it like a piping bag.

1. Use an electric beater to beat the butter and sugar in a bowl until pale and creamy. Add the golden syrup, the optional maple syrup and egg yolk and beat until combined. Stir in the flour, ginger, mixed spice and bicarbonate of soda.

Turn onto a lightly floured surface and knead until smooth. Press dough into a disc. Cover with plastic wrap and place in the fridge for 30 minutes to rest. 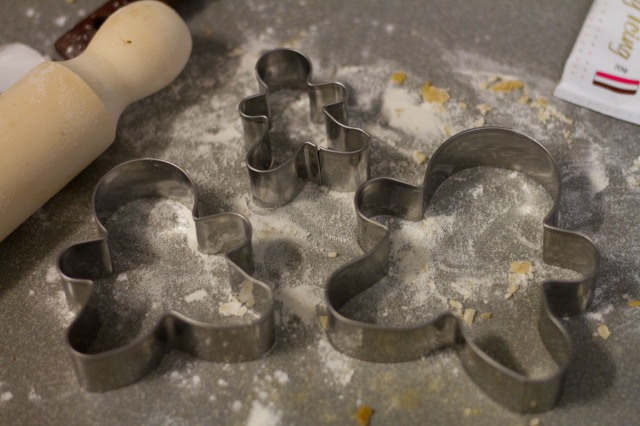 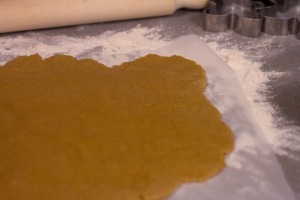 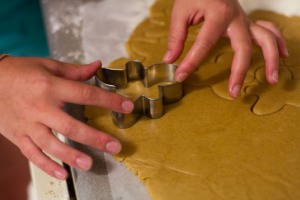 5. Bake in oven for 10 minutes or until brown. Remove from oven. Transfer to a rack to cool. 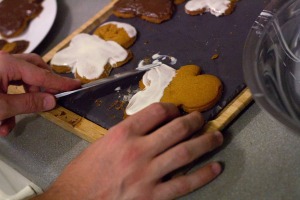 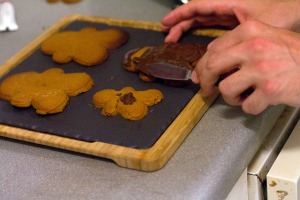 6. After they have cooled get your chocolate melted in a bowl over some lightly simmering water. As soon as it has melted remove from the heat and begin to spoon over the ginger bread men, using a knife to do the more detailed bits and to smooth it over. The style of ninja is up to you. Have a look on google for some ideas if you like or just go crazy. Allow the chocolate to set before you add the icing. You can put them in the fridge for 10 mins to speed this process up. Give them little belts and add the eyes and any other details you fancy. Once done pop back in the fridge for 20-30 mins to allow everything to set then eat away. Just watch out as they may try to fight each other.