Leftovers and a taste sensation! 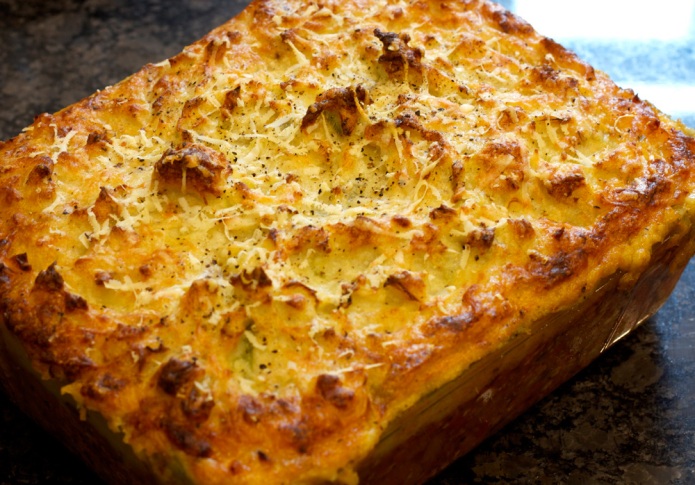 So, Leftovers. It’s never good to waste food so I think being able to create something from stuff you’ve cooked and what you’ve got left in the fridge is very important. If you’ve cooked a something and you’ve got lots left over, rather than just eat the same meal again the next day try and do something different with it.

It’s a great opportunity to try new stuff out and experiment with different flavours. The best way to learn about what flavours work and what don’t is to just give it a go if you have an idea. Don’t be afraid to experiment. Sometimes it will go horribly wrong but don’t give up! Keep going and you might discover a taste sensation! Sweetcorn and Parmesan is one that springs to mind. And who could deny that bacon and humus are a match made in heaven. If you’ve never tried it then make yourself a B.L.T and use humus instead of mayo. One bite and you’ll be saying “My god! That’s a taste sensation!”. Well, unless you’re a vegetarian then you’ll be saying “Urghh, who put this f-ing bacon in my sandwich?” 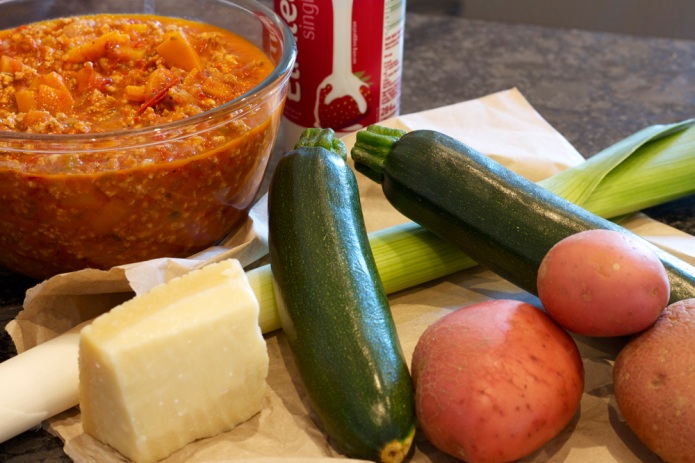 Right where was I? Oh yes, leftovers. Ok so I made this Bolognese yesterday and as always I made too much. I had a look in the fridge to see what I could do with it and saw that we had some courgettes, a few potatoes and a leek. In a moment of inspiration I thought cottage pie!

It was really simple. I put the Bolognese mixture in an oven dish, sliced the courgettes length ways, put them on top on the Bolognese, quick season with salt and pepper, a sprinkle of parmesan then spooned a leek and parmesan mash on top, added a bit more cheese (obviously) then whacked it in the oven for an hour on 180°C and boom, tasty dinner. 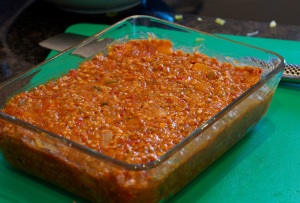 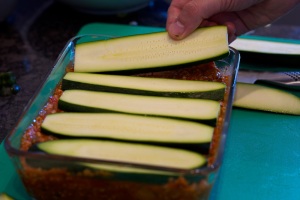 I won’t go into much more detail for that as it’s pretty simple but I will tell you how I did the leek and parmesan mash.

For this you will need;

5-6 Potatoes sliced or quartered
1 leek halved along it’s length then sliced finely
Cream single or double is fine, you don’t need it but it is nice. Go on be bad!
Butter
Parmesan freshly grated
1 clove of garlic
salt and pepper

1. OK so chop the potatoes, give them a rinse then in a pan and fill with water. Add a good pinch of salt and a whole peeled clove of garlic. Bring to the boil and give it 15 mins then go onto the next stage.

2. In a frying pan put on a medium heat and add a splash of olive oil then the leeks. Season with salt and pepper and a knob of butter. Cook for about 5 mins stirring frequently. We don’t want them to take too much colour. Just soften and sweeten a bit. Now add 100ml of cream, stir then add a handful of parmesan and a few more twists of pepper. Give it a stir and as soon as it starts to bubble take it off the heat.

3. Check your potatoes are done. Drain and put back in the pan, add some salt and pepper a knob of butter and a splash of good extra virgin olive oil. Mash really well so it’s the consistency you like then add the leek and cream mixture. Give it a stir and taste. I added a tiny bit more parmesan and pepper. You don’t need to add to much salt to the mash as the parmesan will act as the salty seasoning.

Sorted. Spoon this over your cottage pie then into the oven. This mash works really well on fish pie too.

Now, a top tip for cooking it. Put some foil or a baking tray underneath it as if you are like me you will over fill it which will mean it will over flow while it cooks and make a big mess! Serve with some baked beans or some vege or just as it is. Enjoy!