It’s been a quiet week in the blogging world for me. A combination of the fact that I’ve not cooked much in the past week and I’ve been decorating my parents flat so I’ve not really had a great deal to write about unless you want to hear about how to sand doors. 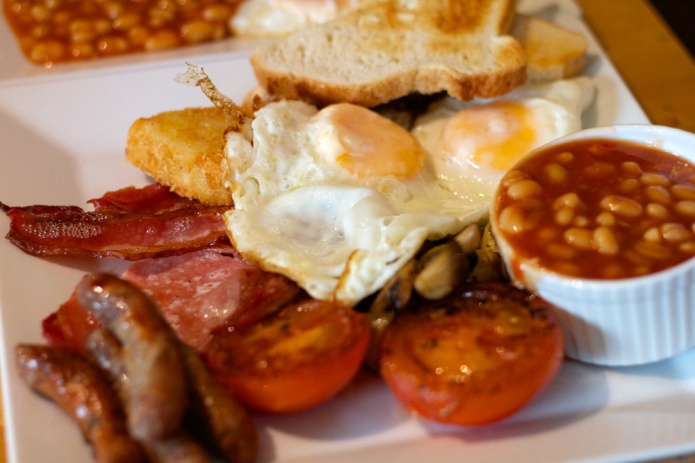 So I thought I’d finally get round to trying to figure out the fry up. During my time back in the UK I’ve had a number of fry ups, some while hung over and some not. Is it better when hung over? Should it come it tomatoes from a tin or fresh tomatoes perfectly grilled? How many hash browns should it come with it? These are some of the questions I will be asking. Now, there’s no one really to ask as I’m writing this so it will pretty much be my opinion. I think with fry ups it’s totally down to personal preference anyway. So really this is just my perfect fry up so I’m not sure it’s going to solve anything, you never know I may stumble across a solution to all the worlds problems. 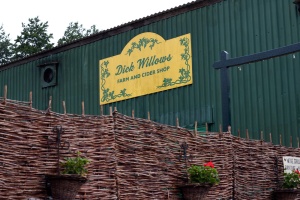 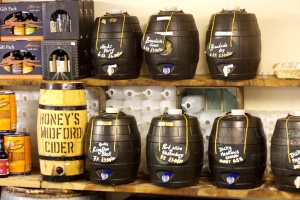 So yesterday I went to a place called Dick Willows. It’s kind of like a little shopping center from the 1950’s or something, properly cool. So they have a garden shop, a toy train shop, a bike shop, some sort of hippy clothes shop, an art and craft shop and a really great farm shop with great fruit and vege with amazing cider if you like that sort of thing. They also had lots of weird and wonderful jars of jams, pickles and sauces. Next door to this was a really nice little cafe. This is where I had my all day breakfast. Probably the best one yet. 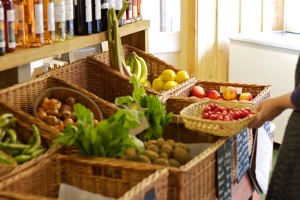 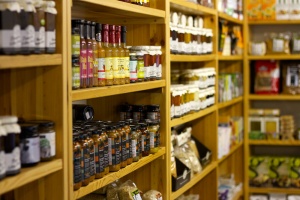 Now, the cider years. Strongbow, White lightning and Diamond White. Not strictly cider if you compare it to what you get in this place. Most of them are brewed locally, and pretty tasty by all accounts. I have no idea personally as I’ve not touched the stuff since I was about 16. People keep telling me that proper cider is really different and so much nicer but they can sod off. I smell it and instantly want to throw up. I’m happy with wine and beer thank you very much. Anyway, all the cider is in barrels and you just fill up a drinks container, get a label put on it and have to drink it within three days. Not sure what happens after that. I guess it just gets stronger or something. Anyway I bought some for my parents and I don’t think they are going to have a problem polishing it off within the three days. It was very well received. It was about £7.50 for 2 litres. Not bad. 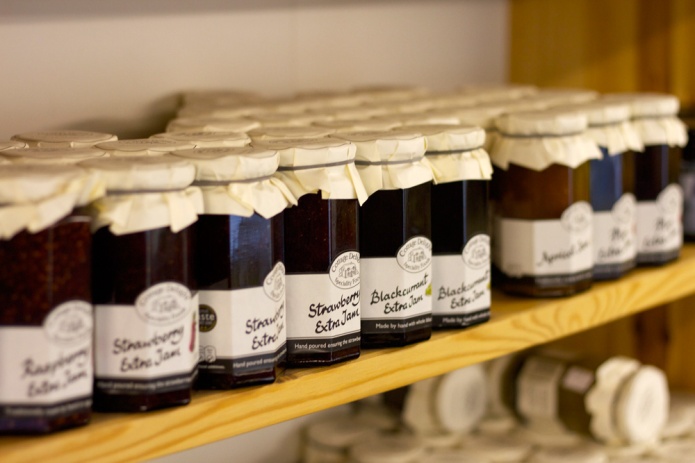 So the fry up. For me my perfect fry up would be proper pork sausages, smoked bacon, 2 eggs, garlic mushrooms, hash browns, fresh grilled tomato, baked beans and toast with lots of butter. Serve this with a massive mug of tea and you have perfection. 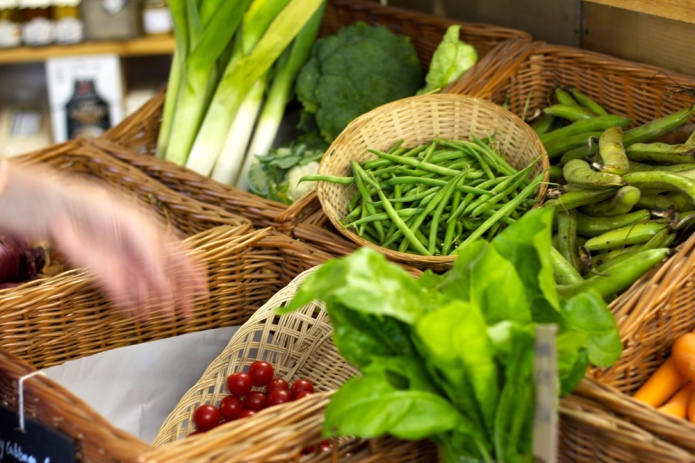 Now, the sausages. Must be pork. Having spent a lot of time in Australia in the last 5 years they seem to have a real thing for beef sausages…??? hmmm. I guess you just get used to what you grow up with. But for me it has to be pork. It doesn’t quite seem right to have beef in a sausage. What would the cow think if you told him he was going to be put in a sausage? Try that with a British cow and see what happens. They’d tell you to job on in cow talk. “Moo mooo, moo. Moi?” they’d say. So if it’s going to be pork I don’t think you want a fancy flavour for a fry up. Just nice and simple plain pork sausage. Old English pork I’d guess you’d call it. Leave the fancy flavours for bangers and mash or something.

Ok so the bacon. Smoked for me for sure. Don’t think I’ll get much argument from that one. Smoked bacon is just better. Fact. Now I’ve had debates with friends in the past about crispy bacon or not and we eventually came to the conclusion that you want the meaty bit just cooked so it’s still juicy and you want the fat nice and crispy. Bacon that had been cooked so much that it’s gone dry is no good. I’ve been guilty of cooking it too long before and it’s just not as nice. It’s goes all chewy. Not good. Now bacon in Australia and Bacon in the UK is very different. I have no idea why but it seems the bacon in Oz is partially cooked or something. Maybe the breed of pig and the way it’s butchered and prepared has something to do with it as well. Anyway, when I get back to Oz I’ll do some serious bacon research. It’s a tough life aye? 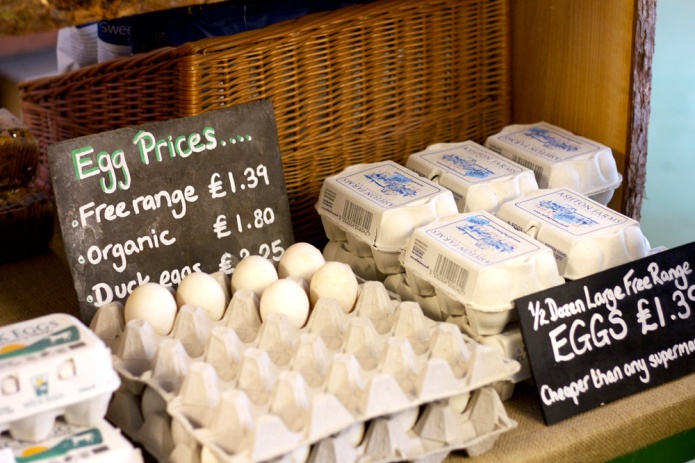 Eggs, Free Range. Enough said. I won’t keep going on about eggs but if you use cage eggs then I suggest you go sit in a tiny box for the rest of your life and see if you can lay a decent egg and try and eat that. In terms of how to have them, for me it depends on my mood. Still not quite cracked the perfect poached egg, when if goes well I’d say it is my egg of choice but it sometimes doesn’t work and I get all pissed off….not a good start to the day so sometimes I just play it safe and cook it differently. I can fry a mean egg and my scrambled egg is frankly genius. I feel I can say that as I’ve been cooking scrambled egg since I was about 6 or something. I will challenge anyone to a scrambled egg off. Even someone like Gordon Ramsey or Heston Blumenthal….bring it on. 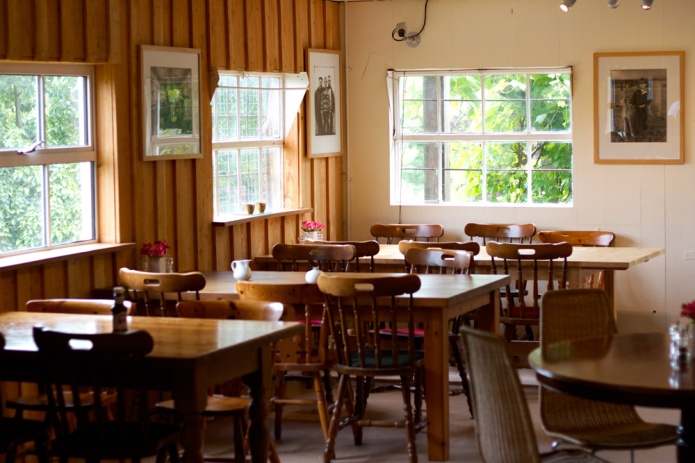 Beans. Heinze baked beans for sure. Well, I say that as I grew up with them so I guess go with what you want. If you go with a cheaper can of baked beans then they just need longer to cook as the sauce is quite thin and watery. I do sometimes like to mix it up a bit as it takes me back to my student days of 7 pence tesco value beans. Ahh baked potato beans and cheese. a meal for about 60 pence. Sweet.

Mushrooms, Hmmm. Now try not to use mushrooms in a tin. It’s never occurred to me to get mushrooms from a tin but I guess some people do. Mental people that is. I mean how hard is it to cook a mushroom? I could probably cook mushrooms with both hands tied behind my back, 1 chopstick and a duck! Now, I do love a good garlic mushroom so for me just cook in a pan with a bit of butter, salt and pepper and garlic. And try not to over cook them. They really don’t need long.

Hash browns. No you could make then yourself but in the morning you I can’t say I’ve ever wanted to make them from scratch. I have tried before if I’d had some left over mash potato in the fridge but it’s never quite worked. I’ll see if I can figure out a good way of doing it and put it up here. If you want to make the pre-made ones nicer then bake them as on the pack then fry them in some butter to get them golden and extra crunchy. I don’t know if I’ve said this before but fry ups shouldn’t really be that healthy. If you ever try to make a fry up healthy it’s never quite as good.

With tomatoes I’d say always a nice grilled tomato. Just putting one from a tin on your plate just seems a bit lazy. Especially as simply cutting a tomato in half and putting it under the grill for 5 mins doesn’t exactly take a lot of effort. I normally season with salt and pepper and a tiny drizzle of olive oil.

Sauces. Ok so if I had the choice of either brown sauce or tomato sauce I’d always go for the tomato sauce. If I could have both I would. Sometimes we don’t live in a fair world so you have to make this tricky choice.

Right, I think I’ve waffled enough….oooooo waffles! I forgot about them. If you don’t have hash browns you can use these. Brilliant. You can also cook these in a toaster if you like. I don’t know if that’s solved all the worlds problems but maybe it’s a start!